INDUSTRY by EAMONN CROWE on DECEMBER 2, 2021 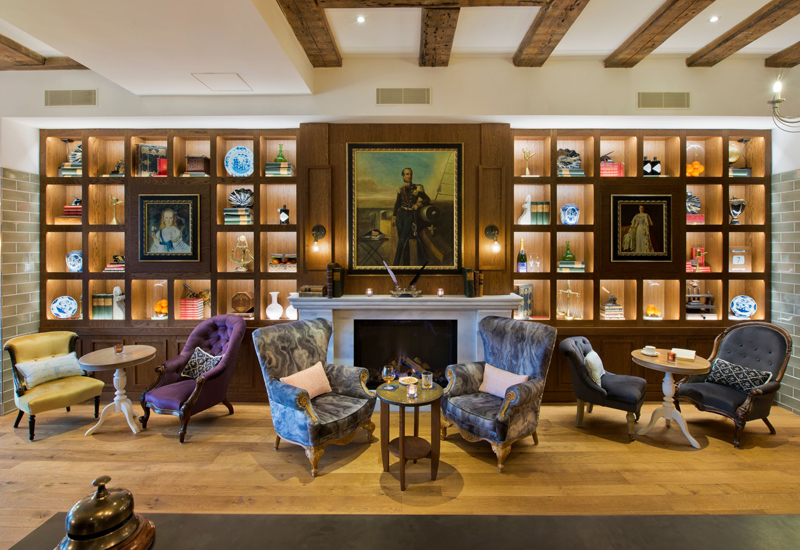 The company won the award for its interior design work on Hendrick’s Hotel in Amsterdam, a boutique offering consisting of 25 rooms.FIG was honoured at a virtual online ceremony on 2 December.

FIG’s CEO Hilary Lancaster said: “After four years’ work on this delightful heritage hotel, we are thrilled to have won this prestigious award. Working with Hendrick’s Hotel typifies what we do best as a studio. It is an example of our ability to incorporate a buildings’ narrative story through our interior design.”

Hendrick’s Hotel CEO Chiehong Weng added: “We were impressed how FIG’s original design concept embraced the building’s history in a mischievous, quirky and playful way. We are delighted that FIG’s innovative ideas have resurrected these once-derelict canal houses whilst retaining their historic charm. We couldn’t be more delighted that FIG has won this award.”

Hendrick’s Hotel is located in the heart of Amsterdam’s City Centre on Prins Hendrikkade. The two adjoining canal houses were originally built at the end of the 17th Century and were then occupied by Twentsche Bank up until the 1950’s.

For the past ten years the building was a squat, but is now a 25-bedroom luxury boutique hotel.

The European Property Awards take place annually and are judged by a panel of 80 judges. The awards are part of the wider International Property Awards, which split into regions covering Africa, Asia Pacific, Arabia, Canada, Caribbean, Central & South America, Europe, the UK and the USA.

We use cookies to personalise content, provide social media features and to analyse our traffic. We also share information about your use of our site with our social media and analytics partners who may combine it with other information that you’ve provided to them or that they’ve collected from your use of their services. By using this website, you agree to the use of cookies as stipulated in our privacy policy.